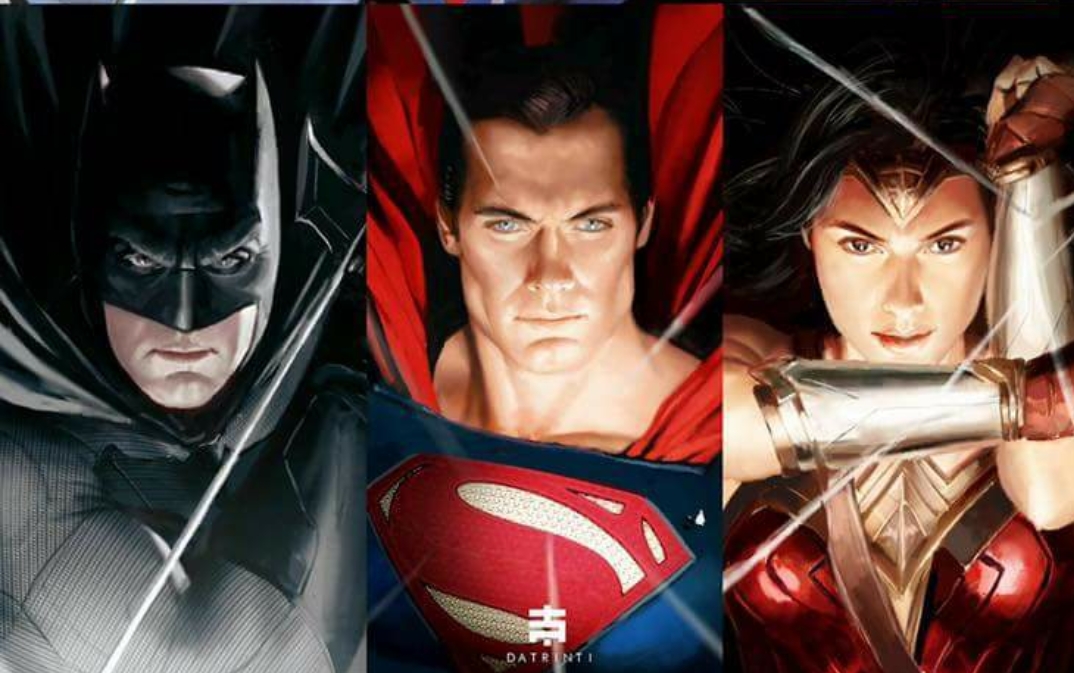 Having been a reader of comic books for over 30 years now, I’ve seen a lot of changes in the story lines, characters, political messages, and more. As readers have matured and society has changed, comic characters matured and storylines reflected society: Superman and Spider-Man have gotten married, Batman had a son, Green Arrow’s sidekick fought drug addiction, and multiple characters have come out as gay, and more.

As society around them changes, these characters and storylines will need to keep changing to stay relevant. But this means they are about to hit a technological wall.

A fundamental plot device in the industry, the concept of a “Secret Identity,” is in grave danger of becoming obsolete.

In the real world, we now live in a time where almost every major street corner or storefront has some kind of video monitoring, as well as private individuals posting images of themselves and everyone around them on the internet. Even if you don’t post photos of yourself, there is still an almost certain chance that there is a photo of you somewhere on the internet and/or in a government database.

Facial Recognition technology is being used not only by the government, but in the private sector by such varied users as airports, stadiums, and even NASCAR. Facebook has used it to “Tag” and match up images of people—even if the person in the photo does not have a Facebook account. Also, while it is primarily used to compare facial features, similar technology that will recognize an unusual walking stride (such as a slight limp) or another body movement (e.g., facial twitch or another nervous habit) is expected to be commonplace in the near future.

(We have already seen the superhero industry use FR in “Batman v Superman,” when Batman discovers that Lex Luthor has used it to match Diana Prince’s face at an ATM to an antique photo.)

Currently, Facial Recognition (FR) technology is able to recognize a person, whether or not they are wearing glasses, a false beard, a different hair color, or any number of classic Secret Identity tricks. One article on FR tech makes it plainly clear that “Artificial mustaches, fake wigs or mustaches will not work, because they do not change the distances between points on the face.” [http://www.worldthinktank.net/pdfs/FacialRecognitionCountermeasures.pdf]

Any tricks that might be used to change these vital measurement points are detectable by the technology, which can use heat signatures and other methods to determine that a non-organic and unnatural object is on the face. For example, fake eyebrows or a false nose would change the measurement points, BUT these alterations show a different heat signature than the person’s skin, so the technology knows to ignore them and go with the real measurements instead.

Even Batman’s cowl could prove ineffective defense against more advanced FR tech. While it might fool the simpler FR software, in that the partial mask would negate their ability to recognize the presence of any face at all, many FR programs need only a portion of a person’s face before they can make a match. At this point in the technology, many programs need just about half of a face, and some of the contemporary versions of Batman portray him showing the bottom half of his face.

What chance, then, does Superman have of keeping his real identity a secret from the U.S. government or some bad guy’s technological genius, if all he does is throw on a pair of glasses and change into blue jeans? Realistically, ZERO.

By taking the public photos of Superman and trying to match them to others in a database, the government (or Lex Luthor) only has to run his face through Facial Recognition technology in order to find it matches the Driver’s License photo of Clark Kent— or the photo from his Daily Planet Press Pass, or the photos Jimmy Olsen takes of Clark Kent & others around the Planet’s offices that Jimmy uploads to “The Cloud,” etc.

Expert hackers, like DC’s “Oracle” or Marvel’s “Cypher”, would be able to hack into one or two of the FR software programs that are being used and “convince” the programs to “ignore” Superhero-Secret Identity matches, but there are too many platforms out there and too many different programs being used. Even some possible Superhero Helper, working 24/7 at hacking and keeping the computers from matching Secret Identities to Superhero Identities, would be unable to keep up with all of them, especially since there are so many in development and so many databases around the world to alter.

Batman (or someone equally tech-savvy) might have some anti-facial-recognition trick or technology of their own. Currently, nose plugs can change the shape of the nose enough to confuse the FR tech. The simple act of chewing tobacco or wearing “Dracula-Teeth” (the kind that children play with) can change the jaw line enough to confound the FR tech, since this will change the measurement points for the jaw area. Certainly Batman would be careful to keep either his Bruce Wayne jaw line or his Batman jaw line distinct by some trick, just as Christian Bale’s Batman made his voice unrecognizable from Bruce Wayne’s by making it more growling and gravelly, or how Ben Affleck uses voice-altering tech to change his voice while wearing a cowl. (Batman is, after all, known to be a master of theatrical performance, like his famous fictional predecessor, Sherlock Holmes, so we can expect some amazing FR-foiling theatrical trickery from him.)

It is important to note, however, that these kinds of tricks are not expected to work much farther into the future, as the technology improves.

There IS a product that has been developed to counter facial recognition. It is a set of glasses that a person can wear, resembling workman’s goggles, which create a sort of “white noise” for cameras. They emit beams of LED light that are invisible to the human eye but bright to electronic camera sensors. The glasses have 12 beams aimed in the directions from which any FR cameras might be trying to scan. One drawback is that anyone looking at any electronic photos will know that the wearer had these glasses on. Another is that the tech is currently bulky and the LED emitters are obvious, so wearing them discretely is not possible at this point – Clark Kent could not integrate these emitters into his current spectacles, for example, without everyone wondering what the heck he was wearing on his face.

So what does all of this mean for Comic Books and the Superhero genre at large?

Well, considering the public’s love for and fascination with Superheroes and comic-book culture, it’s doubtful that they will be disappearing from our popular culture anytime soon. As long as the general public is unaware of the prevalence of camera technology, or until such technology is not a part of the public’s cultural self-image, then Superheroes can carry on with their Secret Identities and double lives.

At some point in the future, though, Clark Kent will have to take off his glasses. He might start using some Kryptonian technology to change his appearance (similar to the way he recently began using Kryptonian tech to explain his instantaneous costume changes), or he might have to give up having a Secret Identity altogether.

Until then, we will continue to believe that a man can fly, all the while spending his days fooling his Investigative Reporter girlfriend— and the rest of the world— by nothing more than putting on a pair of Ray-Bans.

If you enjoyed this blog, please remember to “Like” it (click on the star below) and to “Like” any social media posts/comments where you saw this link. And don’t forget to “Follow” me here on WordPress, for more helpful and concise writing tips. Your positive feedback helps me to help more people online.

If you like what you read here, be sure to “Like” my posts and “Follow” my page, so that I’ll know what you want to see more of. Thank you for your feedback!